In Oceanside where I live, we have a pier.  It was told to me that it was the longest pier,  but it’s not. I think someone got it confused with the Ocean Beach pier, which is only the longest in the county at about 2,000 ft. whereas Oceanside’s Pier is 1,942 ft. Pretty close. No matter, it is still cool. In fact, if you can, catch it at different hours of the day and seasons, the varied exposures and settings can be truly amazing, whether you shoot in color or black and white. At the end of the pier stop by Ruby’s for great hamburgers and milkshakes. I go for their cones. Yum!

Two blocks from the pier, each Thursday, we have a market day. In the morning there is the Farmer’s Market, presenting produce from local farmers. In the evening is the Oceanside Sunset Market, offering foods from all around the globe, artisan booths and music and the local bars remain open for imbibing should that be your choice.

Oceanside also boasts as being the location where several films have been made. The “Top Gun” house is still there, though looking pretty shabby. 007’s Diamonds are Forever was filmed there and at the pavilion located at the pier’s base is where the “Bring It On” cheer leading finale was filmed.

Today’s featured picture is done in the style of Moises Levy.  Then, one could perhaps say it is like Alin Ciortea, who is actually more famous for his nudes.  I mention two, more to introduce you to new artists that are known for their black and whites. Alin is from Romania and Moises from Mexico.

Please check them out:

This week, publish a post in the style of a writer or artist you admire, or in the style of another genre. You don’t have to write about politics or current events to give this a try — you could just as easily:

Publish on any topic you’d like, but with a new lens — who knows what you might reveal? 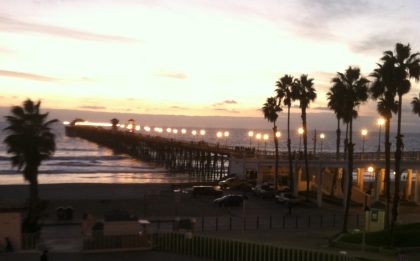 The pier at dusk and shot further back, closer to it’s entrance which gives you a better perspective of length and me walking my dog with the pier in the background. Fun times!

16 thoughts on “Discovery Challenge: In the style of MOISES LEVY” 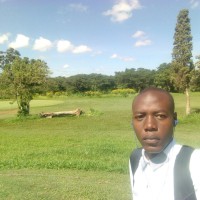 ImaginAction ~ What will you do with all this future in front of you, now?