Yes,  for one brief moment, there was a Peter Tork and me…

As I’m sure many of you know and in case you hadn’t heard, Peter Tork of the Monkees just died yesterday.  That may not mean much to most people, but it does to me.

It was the late 60’s. Our meeting was memorable to say the least.  He was sweet, charming, personable and unassuming.  I was a nut.  He reminded me of someone else I loved and lost years before, but that’s not what made our meeting important.

He twirled me around once when he entered the plane in a lighthearted way.  I thought it was funny (and weird), but other than that I liked it.  When he asked me for a drink…

Yes, I did.  I didn’t recognize him at all.  I just thought he was cute and flirty and I was too busy basking in his attention.  Not in a serious way, but in a fun way.  We always enjoyed and chatted it up with good-natured people.

I was a flight attendant at the time for an airline few people are familiar with, PSA.  Look them up.  I was one of those cute ones, picked by the airline to make the average businessman’s commute interesting and pleasant to be on.  We were selected for our looks  and  personality.

It was mostly a no frills airline, but besides coffee, we offered cocktails.  Even high in the air, we were expected to adhere to the law, so, if there was any doubt in our mind of the person’s age, we carded them.  So, I carded Peter Tork, and…

I never looked at the name on his license, just the DOB!!  So, silly me, had I looked at the name and if I recall the license was out of state,  I might have been in an even greater dither having one of my favorite celebs paying so much attention to me.

It was a light flight so we’d had plenty of time to chit chat, so that was cool

As it was, it wasn’t until the end of the flight when we’d said our goodbye’s that I learned his identity. By then, my fleeting brush with fame had passed.

As he went down the ramp, the station agent came up and said, “Oh, I see you had Peter Tork on your flight!” 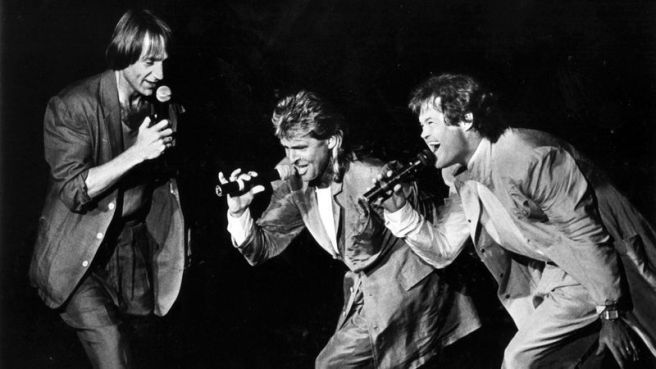 God Bless and condolences to family and friends.

8 thoughts on “Peter Tork and Me”