I went off this past Sunday to do my first lone hike. I needed to expend some energy and do something good for myself, so I thought, why not a hike?  I mentioned this to hubby, who quickly got online, (he obviously thought it was a good idea too) and he found this place called Annie’s Canyon…

Before I get into that, this is what my life has been like the past few months.  As most of you who follow my blog know, my sister was diagnosed with a genetic brain tumor that has recently started acting up, but for some reason, her surgery keeps getting postponed which has been extremely frustrating to all of us. Right now, she displays all the signs of dementia which is disturbing to me.  No one likes having a conversation with someone they care about and moments after you finish your sentence, she retells it to you in the third person, as though she is talking to someone else, about you.  Yeah, it’s a lot to handle.

Then… I had the flu, starting after Thanksgiving and for what lasted forever, so Christmas was pretty much a wash. Even so, we spent it with my in laws, who happen to be atheist. Yeah, I know, you don’t have to say anything because that’s how I feel too.

My father in law is in his 90’s and refuses to die.  Not that he doesn’t want to, he just can’t seem to get there.  He’s miserable, incontinent and hating his life.  My mother in law, can’t do anything or go anywhere because he’s so clingy and she feels trapped.  No, she doesn’t complain. EVER. I only sense it.  It wasn’t until my brother in law’s heart attack  that she opened up at how miserable it has been. She was beside herself, and said she just “can’t do this anymore” and detailed some of what she’s had to do.

Last Monday week my father in law ended up in the hospital, again. BUT, what’s worse is my brother in law had a heart attack on the same day and my mother in law couldn’t go to him!  He ended up in ICU and on a respirator and they couldn’t operate until they stabilized him which took a week. He was operated on yesterday and so far, so good.

What’s unfortunate is, I’m a first born and first born’s want to take care of everything and everyone and when you can’t and or shouldn’t, you take a hike.

Annie’s Canyon Trail is tucked away in the middle of suburbia, near the beach and near the Interstate 5 Freeway in San Diego County, California.  The online pictures looked like snapshots of one of the many canyon’s in Utah or Colorado, so of course, I wanted to go. Here’s my photo log.

Excited to be doing my first solo hike, I got off the freeway and to the trailhead to find this: 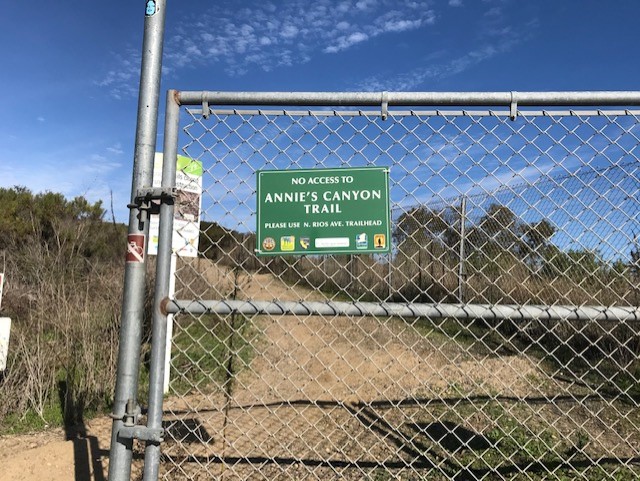 That’s okay.  I’ll head to the Rios Ave trailhead which was another couple of miles away. Fortunately, that was open.  Not a lot of parking since it’s all residential and many homes have signs against it, but I found a spot. 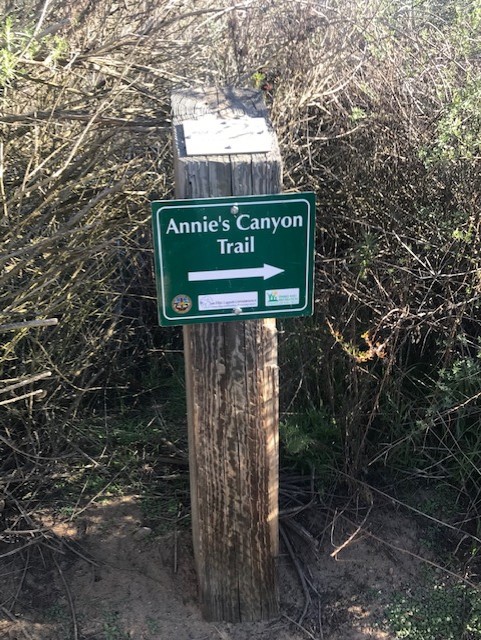 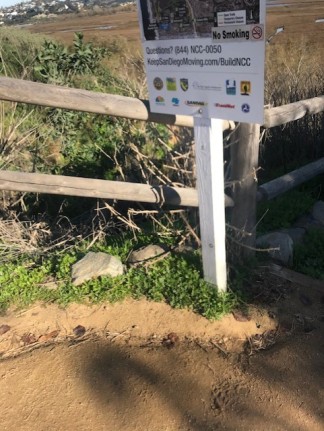 And, it was cold.  I should have thought of that.  The trail starts out on the north side of this “mountain”.  (You’ll have to excuse the quotations, but after having lived in Colorado where there are real mountains, these seem small.) I was in workout leggings, short sleeve shirt with a light flannel over that.  I was grateful I, at least had that. lol

The hike was interesting. 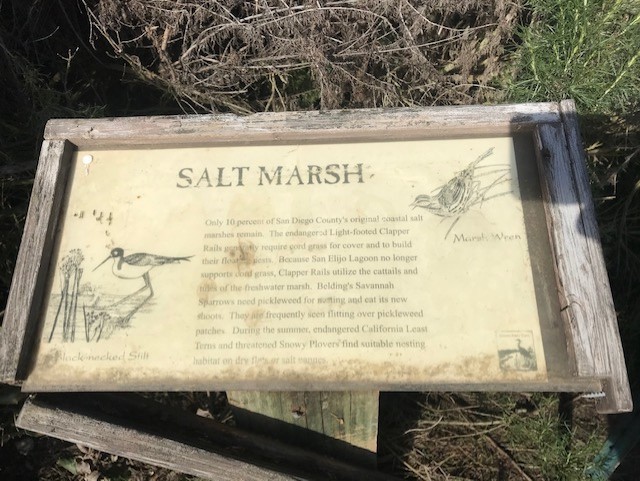 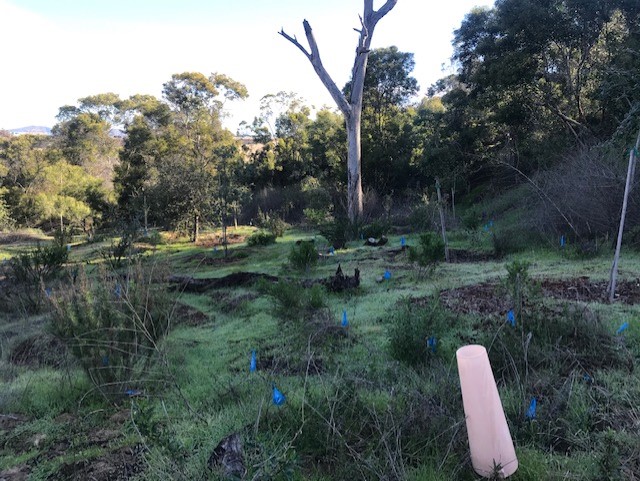 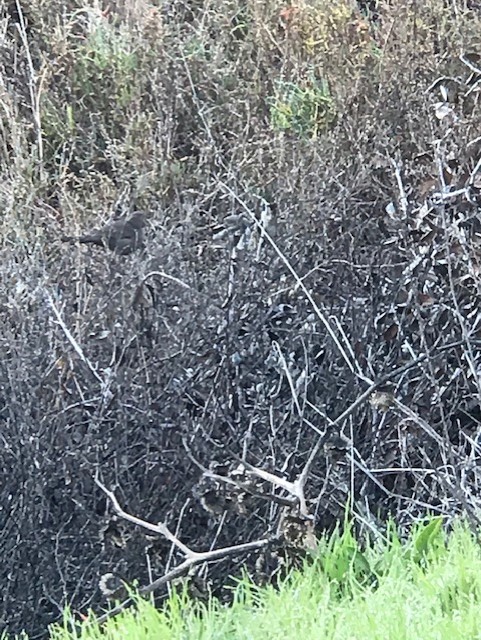 To the left of the trail is a preservation of salt water marsh and wildlife. You do see the birds right? Parts of the area where the little blue flags are seen were recently replanted with indigenous flora.  As I walked there were a number of memorial benches honoring a lost loved one.  This one especially caught my eye because it had a “no smoking” sticker on it and behind were the charred remains of a slope that had recently seen fire. 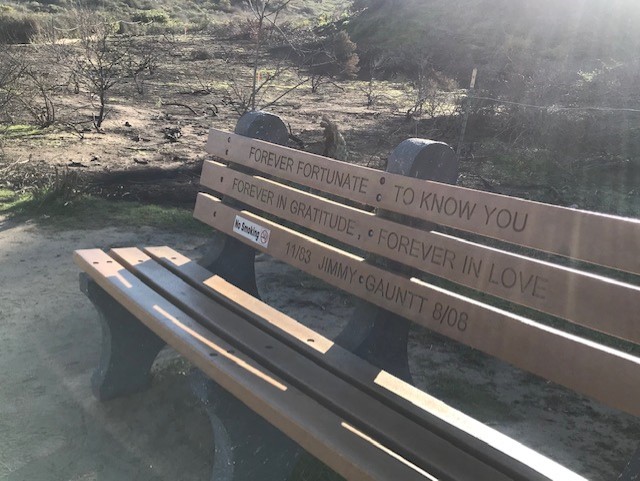 Later there was was a fork in the road. One was for a difficult path, the other more moderate.  I went for the difficult.  People on the trail were all friendly greeting one another with a “good morning” or “beautiful day isn’t it?”, so I was by no means unaccompanied.

I have to chuckle though because on my way there I’d debated taking mace with me since so many of our California canyons are filled with homeless and unfortunate dangerous characters, but as I parked, I could see I had plenty of company from families with children and dog walkers, so no worries. 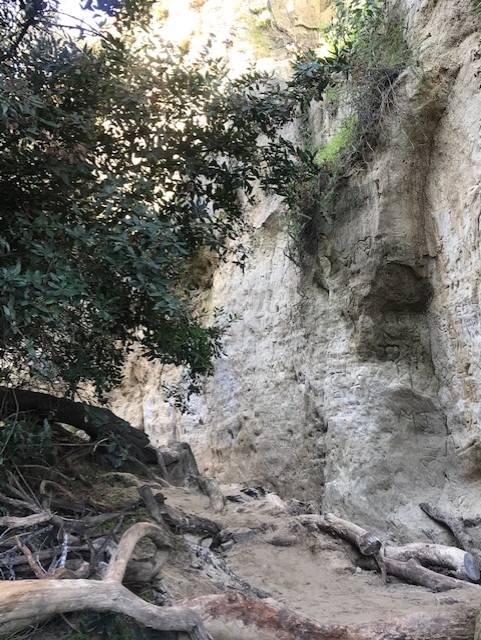 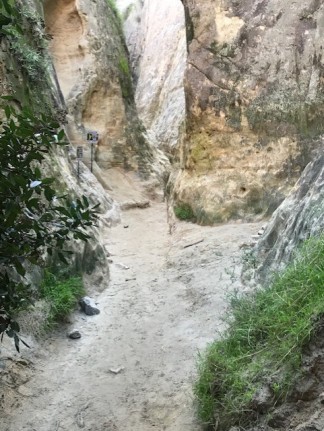 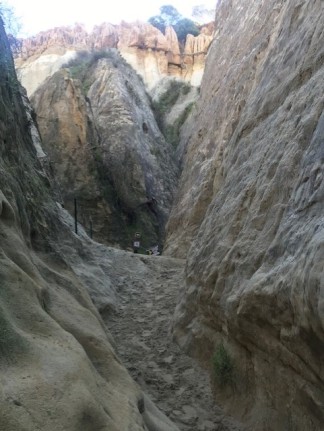 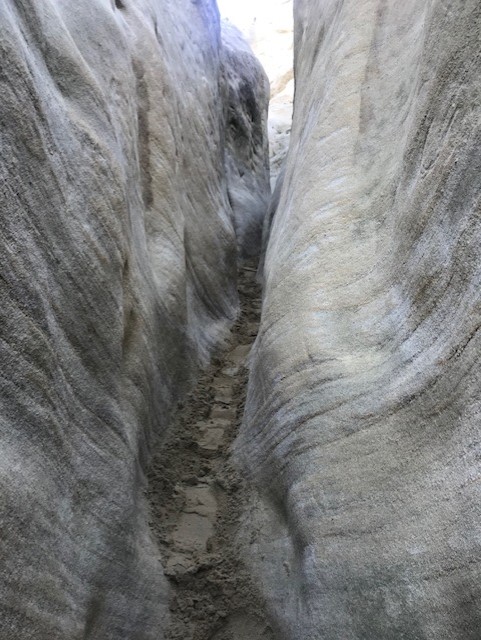 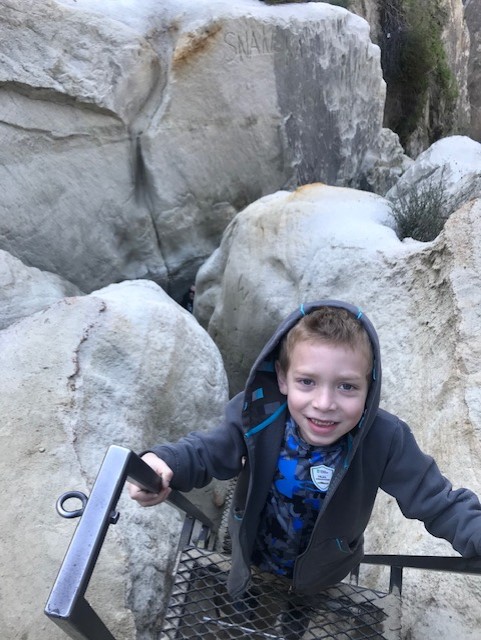 My new found friend Levi was right behind me and his mama in the background below. As you can see the climb up that gorge was quite narrow.  I mean he’s a little guy and there’s not a whole lot of room on either side of him.  It was a manual free climb up until the last little bit where a ladder presented itself. 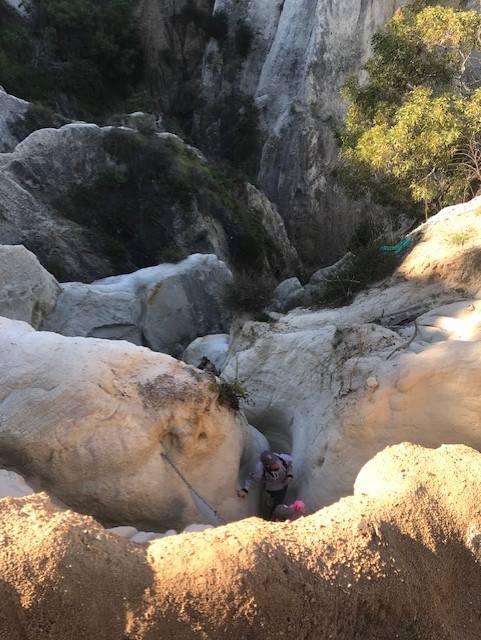 At one point in the narrow gorge there was this tall step up and the soil on it was sandy, so needless to say, I hesitated. Because it was narrow, there wasn’t a lot of room or handholds to place my hands in order to lift myself up.  Levi was patient however, and I ended up relying completely on thigh strength (and a prayer) to push forward and not slip back down onto my little friend. 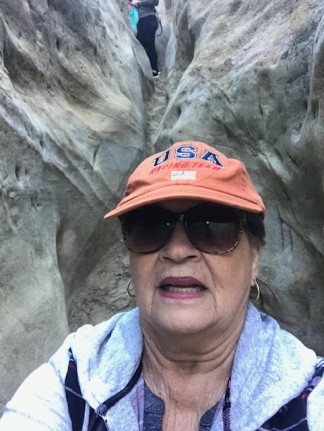 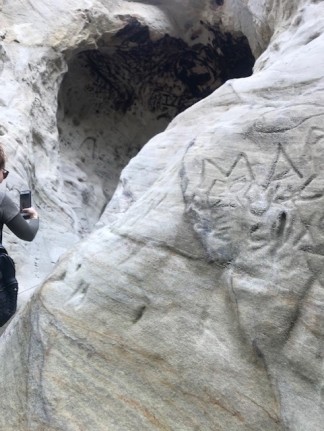 You can see engraved graffiti here, but one gentleman informed me that the whole area had recently been closed down to clean up sections covered with graffiti both painted and carved. Sad, that people will do that, but they do.

Signs and there were signs everywhere, directional and cautionary signs. Signs to warn against trampling areas that could impact wildlife. 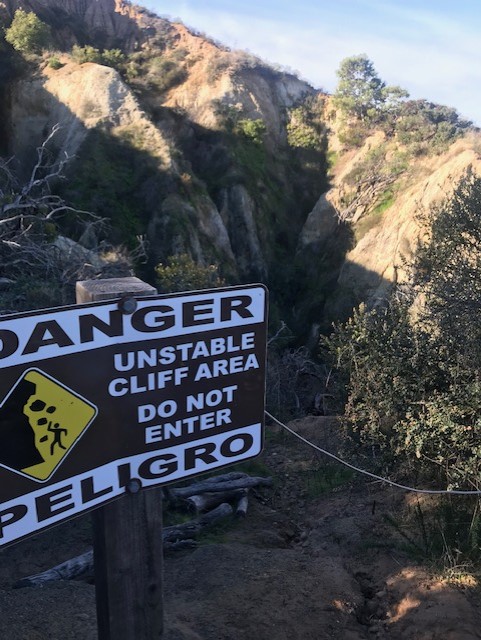 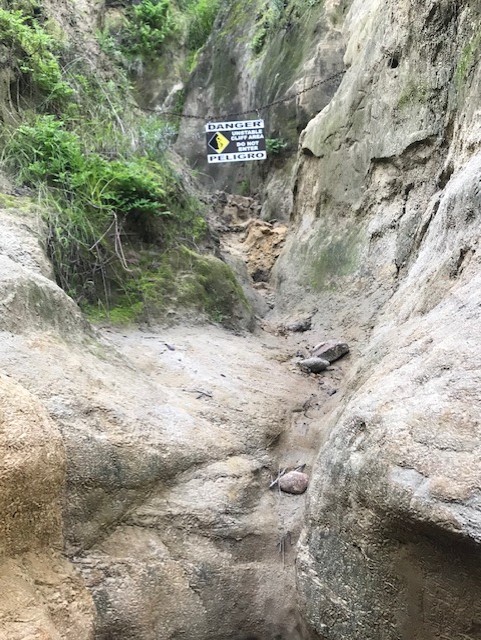 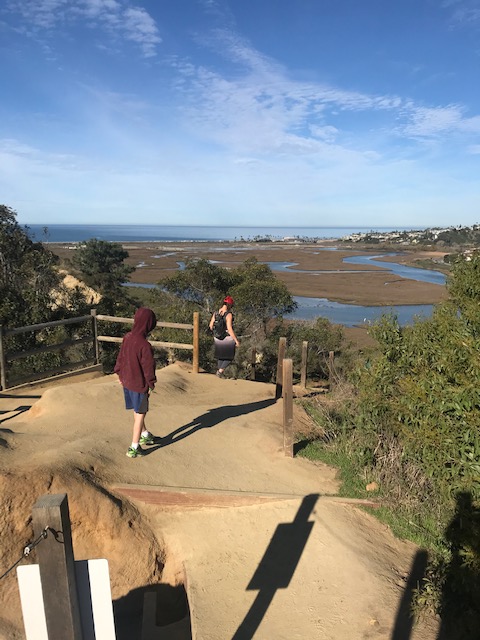 At the top you can see the ocean and salt water marsh.  To the right is the freeway overpass and it’s expansion site although construction crews were not present. 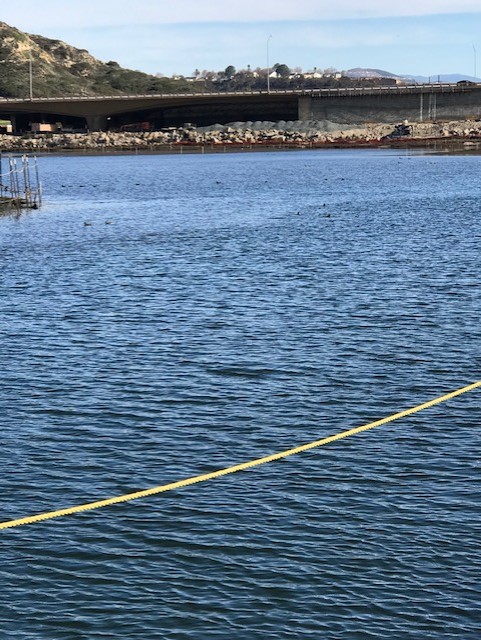 My hubby is always saying how marvelous it is to find these little hidden gems in our heavily congested city.  I couldn’t agree more.

Annie’s Canyon Trail was not a long hike but there were so many little side trails to take to make it a bit more so, that I took them.  The elevation gain was approximately 540 feet, so for the distance, it is quite steep.  For more information, the link will show you areas I did not get to go on because they were closed for construction, but I will go back.

On a humorous note, funny but not funny… you had to see it.

As I was walking out, I saw a little girl of about 5-6 years old pitching a fit, crying, “Daddy, I don’t like this! I don’t like it here!”  He told her they could go back, and her response was, “It’s far, we came a long way!”  I felt sorry for this father and his prima dona daughter. I wanted to give him words of encouragement but had no clue what to say. I hated to think what his future with her would be like.

Funny, I had just been marveling too, at how many families were out  having such a lovely, educational morning together with their children.  It was such  a beautiful day.  I guess the outdoors is not for everyone.

PS I just learned that my brother in law had a quadruple bi-pass and is doing okay for now.  Because their father died of a heart attack at age 34, both sons were checked early on so he has always known he had to be careful. He has been on medication,  watched his diet and all that. Still…  I hope he will be fine now. 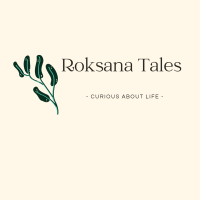 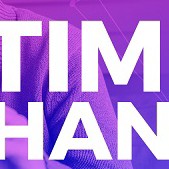 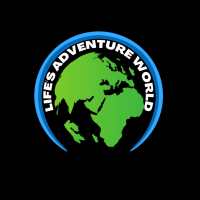