In the summer of my junior year I lost my virginity.  It was not a fun experience sad to say. It wasn’t what I expected.  Truth is, I don’t know what I was expecting.

Like probably most young teens in the 60’s, it was in the back seat of an old, but nice Chevy. It was a titillatingly hot summer. I don’t know what moved me to “go all the way” other than hormones, but I’m sure there was more to it than that.

It is said genetics plays a big part in how we respond to events. My dad’s side of the family is known to have a strong rebellious streak and I’m sure mine is as strong as any of them.

Mom in the meantime had remarried, we were moving to the other side of the county twenty miles away. The anxiety of going to a new school my junior year and then the new step parent were all challenges.  Mostly, it was hard adjusting to a new step parent – he was trying too hard and he wasn’t dad.  Why that was important, I don’t know.

Sex can throw you off track. Needless to say I went “searching for love in all the wrong places.” I could no longer focus on school and my grades continued to suffer. I was in a self destruct mode.

Despite that, I managed to graduate high school and quickly got a job.  I’d had a new boyfriend my senior year, broke up after a few months and pined for him the remainder of the school year and probably most of my life.  You could say I had sex and love confused as my first husband pointed out, but then I learned that it’s because men don’t have to love to have sex. I think women in those days didn’t have sex unless they thought they were in love or so I believed.

My next love was this Adonis, as I would later describe him, a bronzed, fair-headed deity that would help me pick out my classes when I enrolled in college. Unfortunately, I fell prey to his charm and fetching smile and barely finished the semester because of morning sickness. When the semester ended, he was gone.**  Another detour.

**Years later my beautiful baby girl was reunited with him.  After their first meeting, she said, oh mom I can understand why you fell for him, he is quite charming. They have bonded and we are now dear friends even though I’ve not seen him since.

Mom agreed to let me stay at home, but I had to get a job, “you have a child to support”, so I did. I will not describe the hell mom put me through for my errant ways, but she loved that grand-baby and would constantly refer to her as “her baby”. She was always threatening to keep her.

Many times while I was at work, I’d worry that she would find a way of making that a reality. I am certain that had she not just given birth to the only child she would have with her new husband, she would have tried. My little brother and T are 5 months apart.

Well, no but I did get a great job as a flight attendant. It paid very well and I bought my first car. I eventually got an apartment but still, I had sitter problems.

T got sick and ended up in the hospital twice. Once due to a toxic reaction to too much penicillin. She was allergic and seeing her with hot red hives all over her body, I was terrified. In those days they didn’t let parents stay with their children and I will forever remember the frightened look on her face, crying, her little arms extended to me as I left the room. The nurses impatiently insisted she would calm down once I left. In her little prison crib I left her as she cried.

The second time, she was struck with what the doctors say was rheumatoid arthritis. Again she got red splotches, only this time, her body had blown up like a balloon and she was in agony when touched. After many tests RA was the diagnosis, however after about 24 hours, maybe more it miraculously disappeared. They informed me that it could come back at any time but that if she had not gotten it again by her 20’s, she would probably be fine. She’s fine.

Mother thought the sitters dogs had mauled her, but she was angry because I’d left her with someone other than herself. The doctors ruled that was not the case.

Still, I do believe I never left her there again. “T” was the love of my life.

In the two years I flew, I dated a number of worthy prospects, but they just didn’t move me.

Finally, I met a pilot. We dated about a year before I learned I was not exclusive so I attempted to break up with him but he wouldn’t have it and forced himself on me resulting in another pregnancy.  I was sick about it because I did not want him in my life at all!

Because he was a young pilot still on probation, had the airline learned what he did, he would have lost his job. So, he campaigned to mother about how he had proposed and I refused despite the fact that I was pregnant with his child!!!  Oh – my – god!

Well, I lost.  We were married in Las Vegas and he made sure I knew that if I didn’t stop acting like I was going to a funeral instead of a wedding, he would turn the car around. Needless to say I had few options open to me and returning to mother would have been the worst of them.

So, I sucked it up and became the best bride you could wish for. I learned to cook and sew.  I could turn a $.25 piece of fabric into a beautiful frock for my girls. I started drawing and painting. It was the start of my creative side, I was the envy of all his pilot friends. I got involved with my church and made friends.

It wasn’t all sunshine and roses. Before long  he was back to his old ways, drinking too much, staying out late. I suspected him of straying, but it would be three separations and two divorces before he was out of my life for good.

The first time, it was a lousy settlement. We had one attorney for both of us. His idea.

The second time, I got my own.  We didn’t ream him because that’s not my style nor was it my attorney’s, but it gave me a start.

The problem was I didn’t know how to handle money. X had done it all and because we were well off, I could spend whatever I wanted to each month and not worry. Now, I was constantly running short each month. It was stressful. We (the girls and I) did okay, but I could have invested and done a few things differently. (Secure assets) The one good thing I did was buy a nice house, so we were set there. 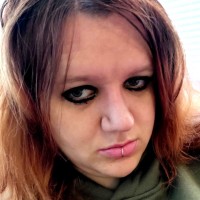