I have two daughters.  I’ve probably written about them before, but this is a brag post.  Sort of…

They take after their mother, really.

You see, I’m what my friends call self sufficient and guys just expect me to handle things and if I want something then I guess I go buy it myself.

I’m the lady guys never indulge. I’m not the one you think to send flowers to or buy a box of candy for. I’m not the one you’d surprise with a diamond bracelet or necklace.  Actually, no one does.  I’m not the girl guys think they need to pamper. Nope! I’m the one they look to to serve them,  but dad gummit, sometimes just once in awhile every so often treat me like a princess!!!! Take me somewhere nice.  I mean, somewhere reeeeeally nice. Please?

So there go my girls.

I did the San Diego Comicon several weeks ago with my eldest daughter and grand daughter. We were pretty bad ass, I must say.

I’m the evil Red Queen, in case you can’t tell. Mikey, my sweet Mikey is Alice. The “new” Alice. Her hair started out blonde but it didn’t hold.

and  my eldest went as Marvel’s Scarlet Witch a new hero character introduced in Avenger’s: Age of Ultron,  sans the flames that come out of her hands. Although she can handle a gun, her best weapon is her quick wit and sharp tongue.

while daughter number two went as the villain, Typhoid Mary at the Salt Lake City Comicon. (The one that looks evil below) She tells me “Mom, it’s acting” She is also adept at handling arms and martial arts. That’s not acting.

She made up for it by also role playing Inara from the series “Firefly” at the Browncoat Ball.

When we aren’t hamming it up, we’re not a bad bunch. 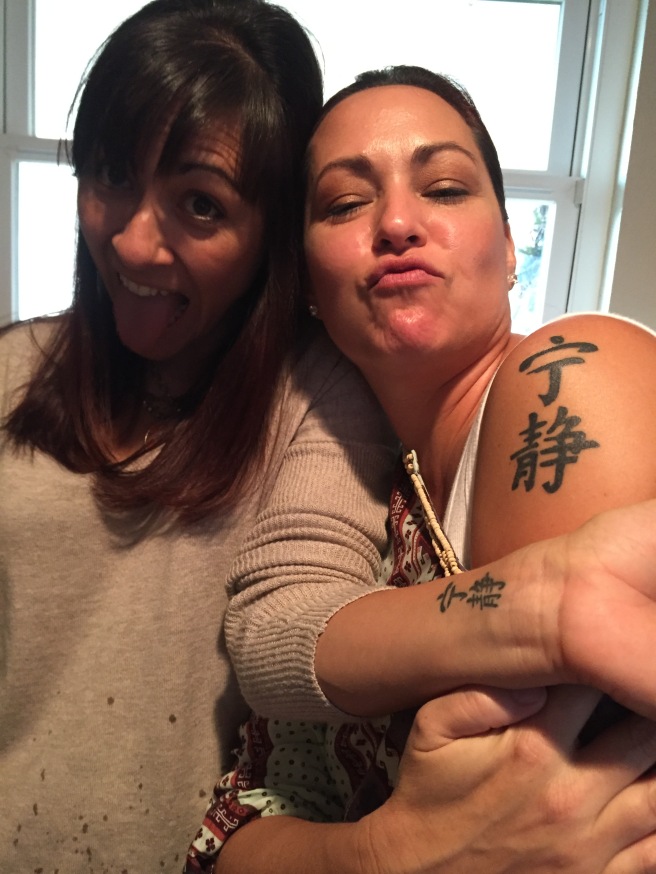