When I drive alone, I seldom stop to smell the roses, mostly because I am alone.  Alone, I drive with purpose.  Unless I’m with Ferguson, I stop little.  Hotels and restaurants that take pets are rare, add to that the heat or how hot a car can get, it is difficult to leave him behind.

I do take a playpen with me and on a previous occasion I had to avail myself of complete strangers to dog sit. I was desperate, so I sized up the vendors of this produce place in Green River and asked if I could leave him in the shade beside them so I could run in and do my business. (Once you’ve worked at a health department, you become a fair judge of character.)  Besides he’s so dang cute, they of course had no problem saying yes. How could you say ‘No’ to this face?

they weren’t likely to pick up the produce and produce stand before I was done to make off with him if they even wanted to, so we were both safe.  I think.

This trip however, we did get my brother in law to sit for us.  He loves Ferguson and Ferguson likes him well enough… or did.  Oh dear, I just thought of something.  I made the mistake of telling him the neighbor said, that our yard was so private you could sun bathe in the nude if you wanted to and I believe he might have. No wonder Ferguson was so happy to see us.  Poor Ferguson. Well, as my husband always says, I am his deity, and that’s true enough.  I found him all those years ago and he has not forgotten.

So, off we go unencumbered.  I missed the pets, true, but it was a nice change.

Unlike me, my hubby does not drive through to anywhere, he’s an explorer by heart, so first stop to Vegas was down route 66. We stop at some antique stores and a bottle park.

We get a hotel and walk around.  Russ has not been in some time and got us a room at Circus Circus, thinking that was still cool. It was only okay.  However, we had lots of time and did a great deal of walking.  Saw some incredible sights.  You do know, you go to Vegas to people watch right?

The best picture was one I couldn’t get because I’d totally lost my cool and I was too close to the desired victim, um uh subject to do so gracefully.  I’m sorry, it’s not funny to laugh at other people but…  Okay here’s what happened…

I got into the elevator at Circus Circus and I should have waited for the next one, but I didn’t.  There was a woman already in it with a younger man, only I think they were lovers, but she looked like his grandmother.  She was dressed almost exactly like the young girl above with probably a tad more tattoos all over, less clothes and gaunt, like someone on meth, which could account for how she old looked.

Sad to say, it suddenly hit me as comical and if you’ve ever had to laugh with a mouthful of coke, you know how I was feeling.  It was sad, yet ridiculous.  I wondered what she may have thought she looked like?  Anyway, I was NOT cool at all!  When I finally couldn’t hold it in any longer, I turned to face Russ and burst out with, ” What do you think Becca will do?”   Then I buried my face in his chest…  Suddenly the elevator opened and they went out.  The door closed and he says, “What do you think Becca will do?”

I asked a co-worker once, when a woman came to our counter and leaned over with boobs that just about landed in our laps, if people ever look in the mirror before they go out?  Her reply was, “Of course they do.  They look in the mirror and say, ‘Yup, that’s the look I was going for’, and off they go.”

Not one of my finer moments, I will say.  Perhaps people were people watching me as well. I will say, the trip back was equally colorful.

Utah was having a gloomy day, but even so it was still beautiful as you can see.

Red rock and A steep grade.

At one of the rest stops the Native Americans, sell their wares.  Beautiful pottery and jewelry.

Almost there and more to come.

13 thoughts on “A Scenic Route On to Grand Junction, Colorado – Grad trip. part 1” 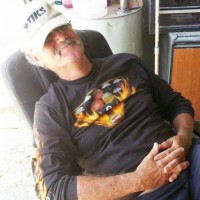 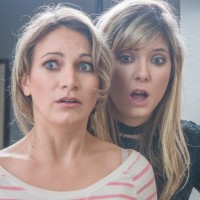